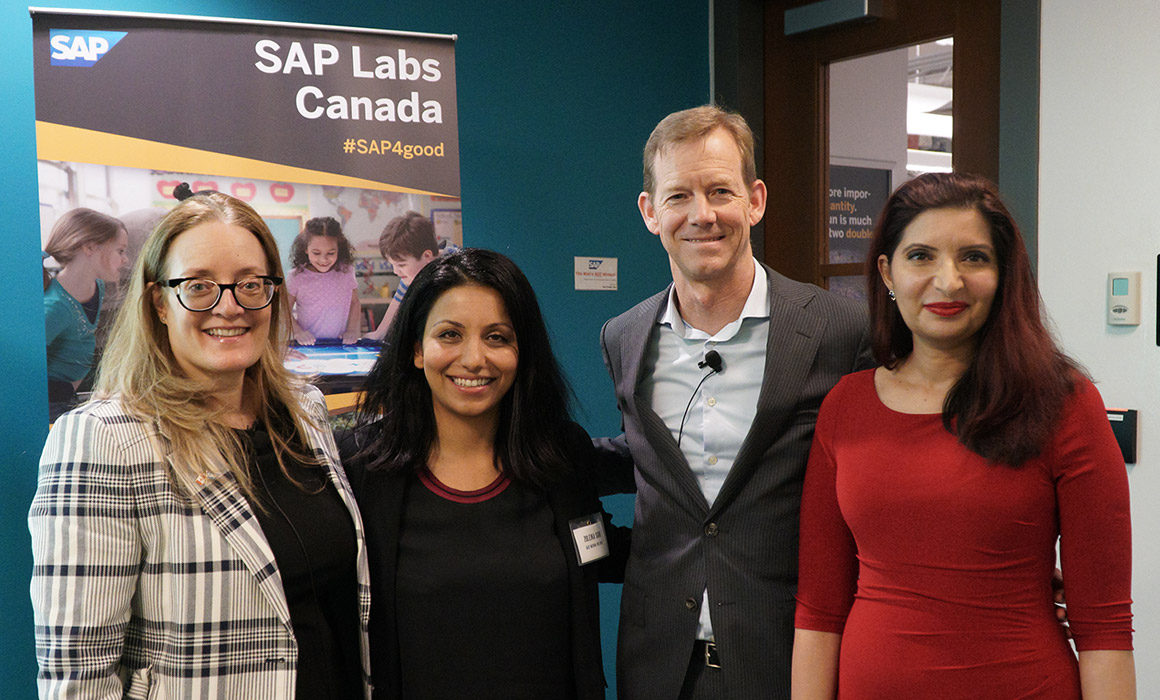 Every modern business, regardless of industry, size, or mission, wrestles with the same looming question: how do we attract and retain talent?

One area that may go overlooked is a city’s “desirability,” both as a home and as a destination. Where better than Vancouver, nestled between the Rocky Mountains and the Pacific Ocean, to host a discussion on that very question? Last week, Weber Shandwick, in partnership with Tourism Vancouver and SAP Labs Canada, hosted a panel roundtable on how tourism can serve as an engine for growth in the city.

The panel – made up of Ty Speer, President and CEO of Tourism Vancouver, Kirsten Sutton, VP and Managing Director of SAP Labs Canada, and Zuleika Sgro, VP People at Saje Natural Wellness – held a candid exchange on the strengths and challenges that local businesses face when attracting and retaining talent in Vancouver. Sharing their own perspectives, the panel explored what makes Vancouver an attractive global destination and spoke to how this reputation helps generate global investment and attract new residents and talent.

Ty Speer described how Tourism Vancouver seeks to build those connections. “We want to find harmony between our residents and our visitors. We want to make this a better place to live and work and play.”

The huge influx of visitors the city receives every year has proven to be invaluable for organizations such as Saje Natural Wellness. Zuleika Sgro beams with pride when talking about Saje’s roots in Vancouver. “Being an international destination, our products are experienced by people from all over the world,” she said. “It’s critical to be known as a Vancouver business. It’s how we grow. It’s what we lead with when we talk about our business.”

Kirsten Sutton agrees when she noted that “people have incredible loyalty to the industry here. As long as people stay and don’t go looking for work elsewhere, it helps everyone.”

The city does, however, face a number of challenges in the years ahead. Speer notes that by next summer, Vancouver will have more visitors than hotel rooms to meet the demand. “Talk to any large business and they will say they don’t do meetings in Vancouver in the summer because it’s too expensive,” he said.

Speer admits that infrastructure is a challenge economically. But that didn’t stop Vancouver from attracting 33 citywide conventions, according to BC Investment — a record the city will easily surpass in 2019. Similarly, as cruise ship traffic increases, the Port Authority plans to overhaul the port at Canada Place in downtown Vancouver while scouting other options for a secondary port along the Fraser River.

While Vancouver continues to experience unprecedented visitor growth, many stories of our city and communities remain untold. “There’s an incredible amount of talent and entrepreneurs in this city, said Sgro. “People across the world should know about that.” Sutton agreed: “We don’t talk enough about how scrappy and resourceful people are. In British Columbia alone there are 200 First Nations. It’s so diverse and people have been so resourceful here for generations.” Speer recounted a story that summarizes this sentiment perfectly; at a function, the question was raised as to whether Vancouverites were tolerant, and to Speer’s surprise, someone said, “We don’t tolerate here — we include.”

That notion of inclusion will have to extend to all aspects of Vancouver’s future plans. It’s vital that tourism, industry, and infrastructure work in tandem to entice continued investment and visitor growth. These systems are interconnected and rely upon each other to ensure the sustained growth and innovation that the city has come to be known for. And if we continue to invest in Vancouver’s desirability as an international travel destination, it will be Vancouverites who reap the rewards of continued investment and growth.