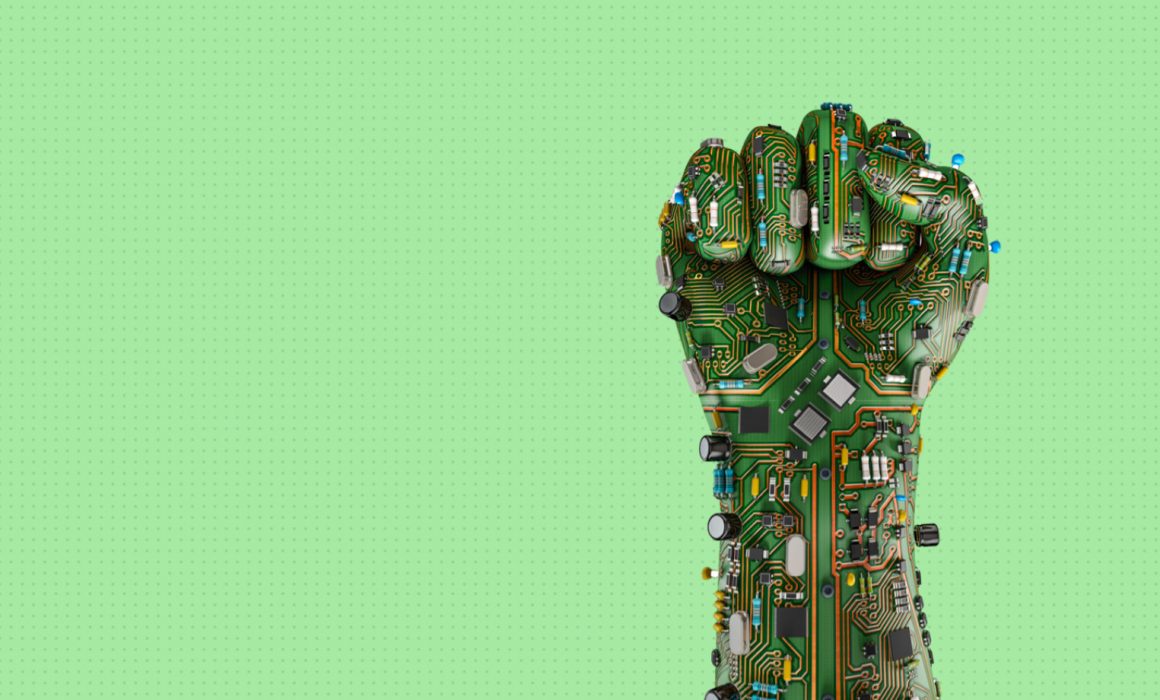 As Toronto assumes the North American lead in tech job growth, understanding the value of a CEO taking a stand could make the difference in attracting talent. According to Weber Shandwick’s study CEO Activism in 2018: The Tech Effect, technology professionals find high levels of positivity towards CEOs who speak out on hotly debated current issues.

According to a CBRE Group Inc. survey, in 2017 Toronto added more tech jobs than San Francisco, Seattle and D.C. combined. Value in real estate, and labour along with an educated workforce made the city an attractive option. As the tech sector matures companies will need to be mindful of the expectations their staff have of them.

CEO Activism in 2018: The Tech Effect studied tech professionals in seven markets around the world and found that in Canada 74 per cent of employees in the
technology industry believe CEOs have a responsibility to speak up on the issues that are important to society, and this is especially true among women. Over 80 per cent of women say their loyalty to their employers would increase if their organizations were led by CEO activists.

The top issues Canadian tech professionals want to hear CEOs address include:
+ Job/skills training (79 per cent);
+ Equal pay in the workplace (76 per cent); and
+ Privacy and data protection (68 per cent). 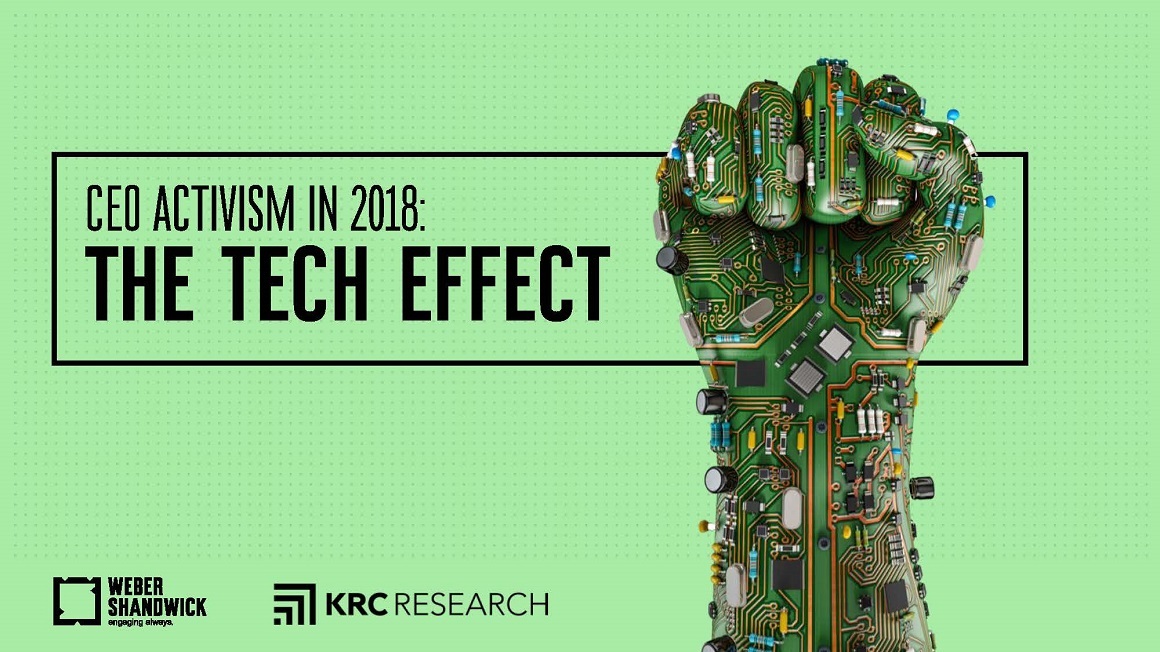 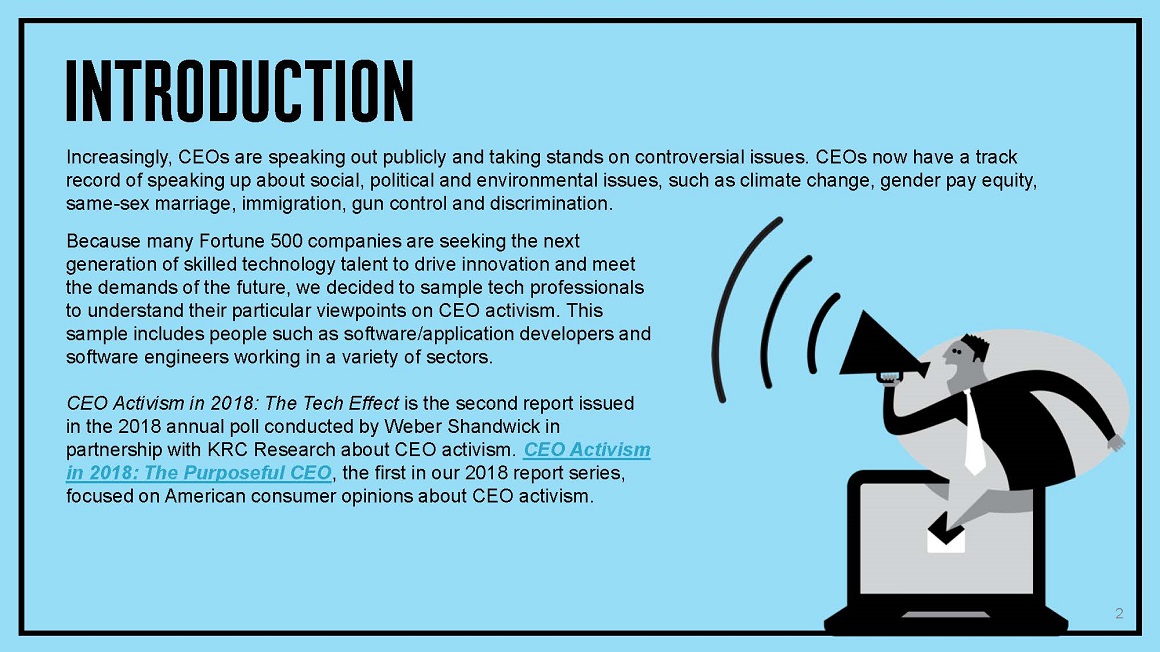 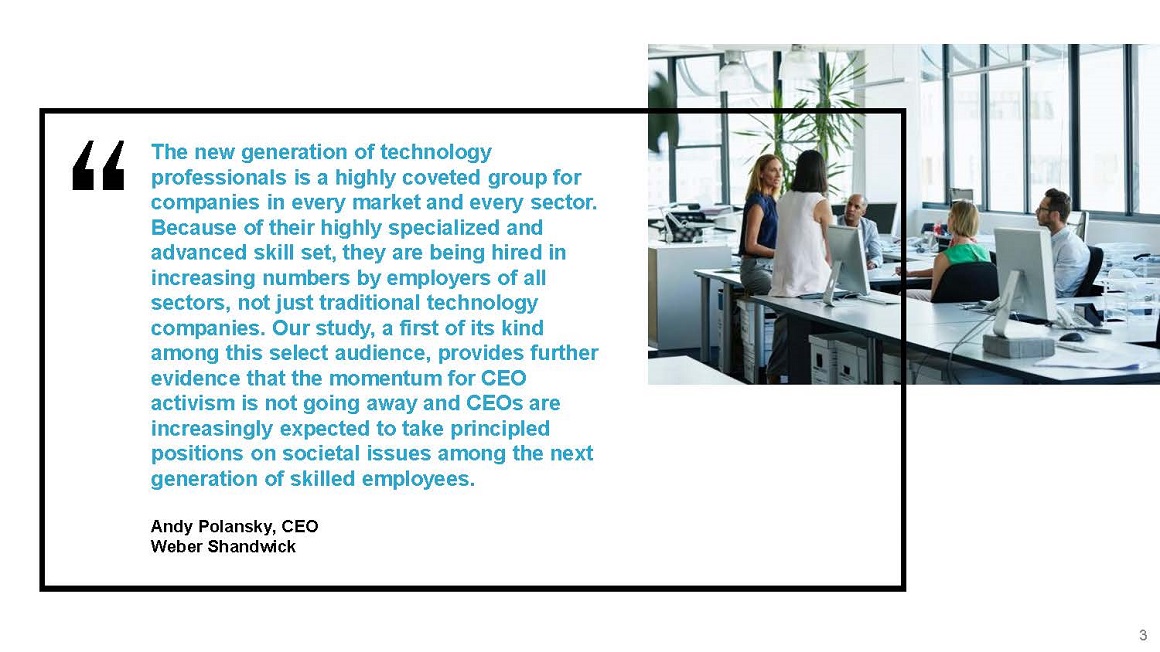 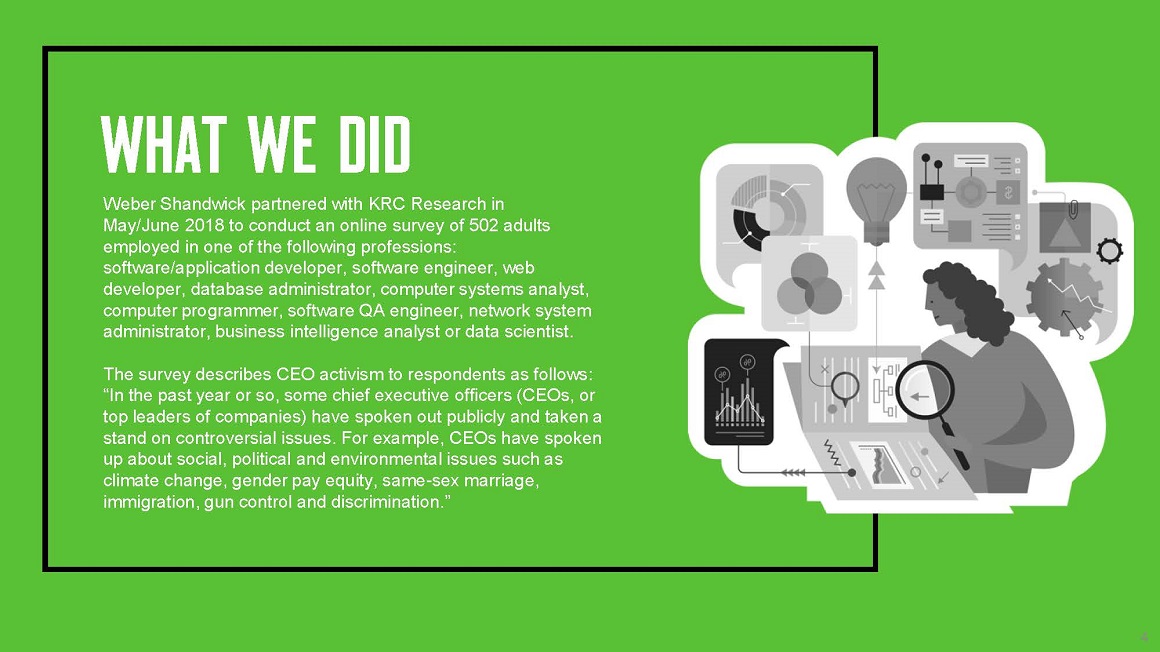 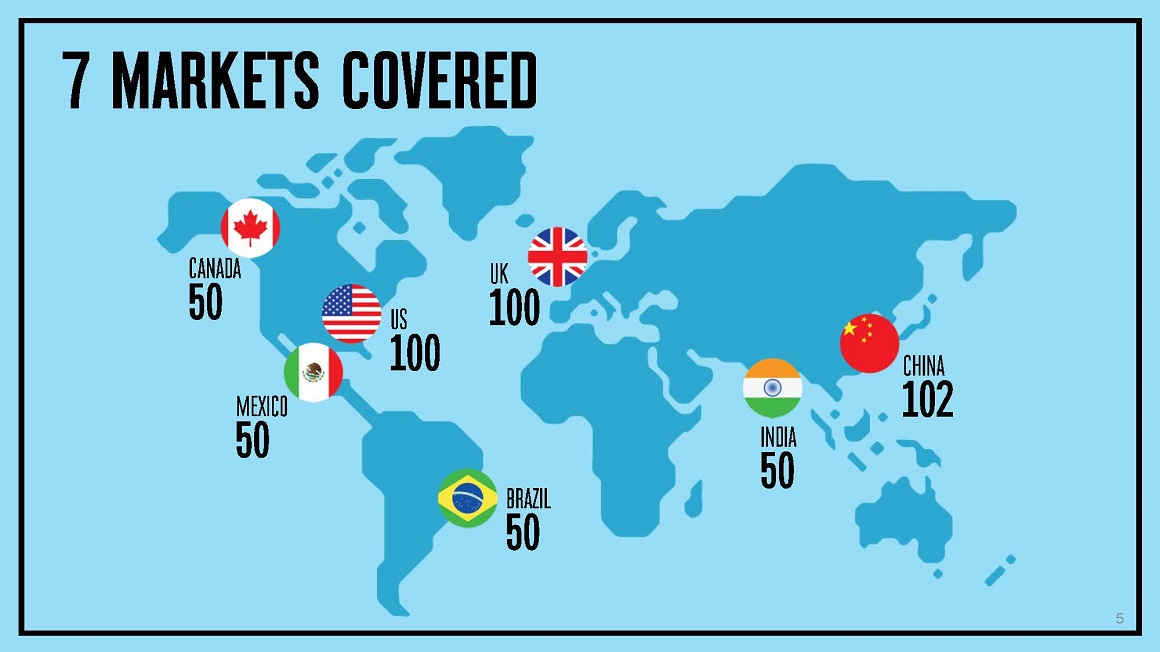 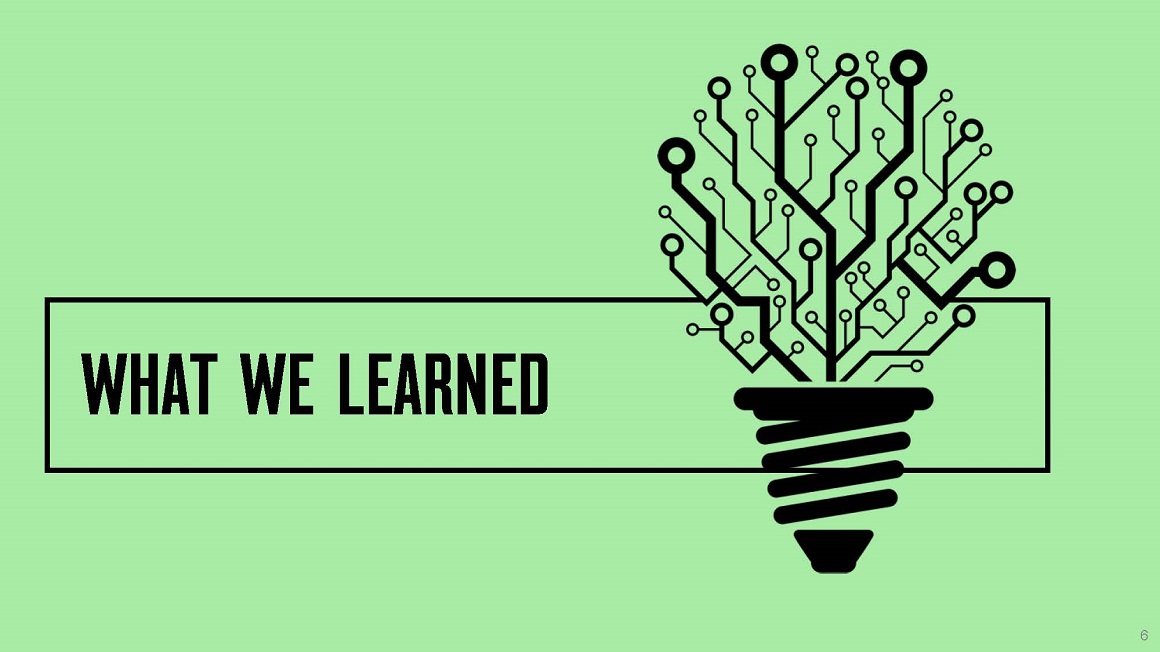 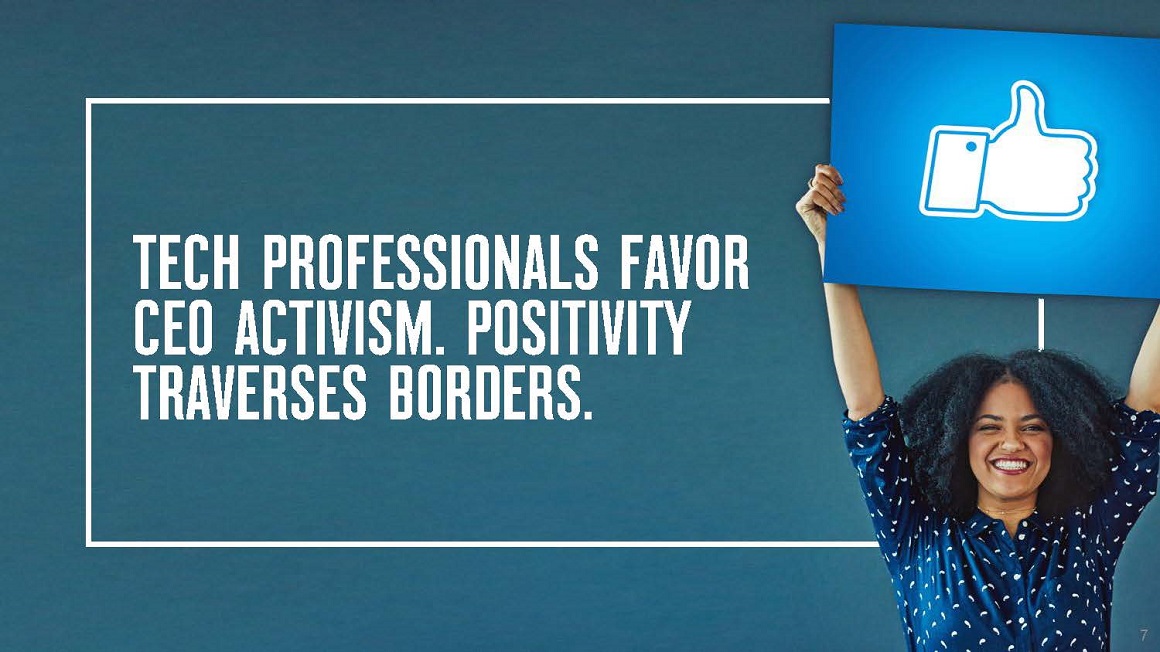 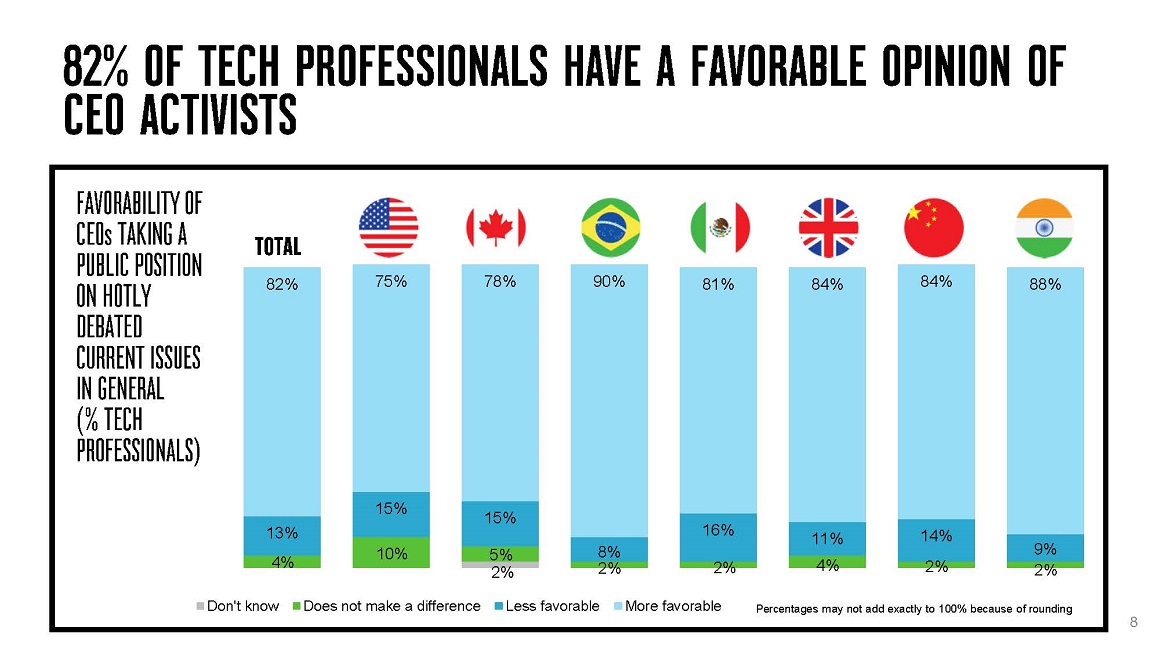 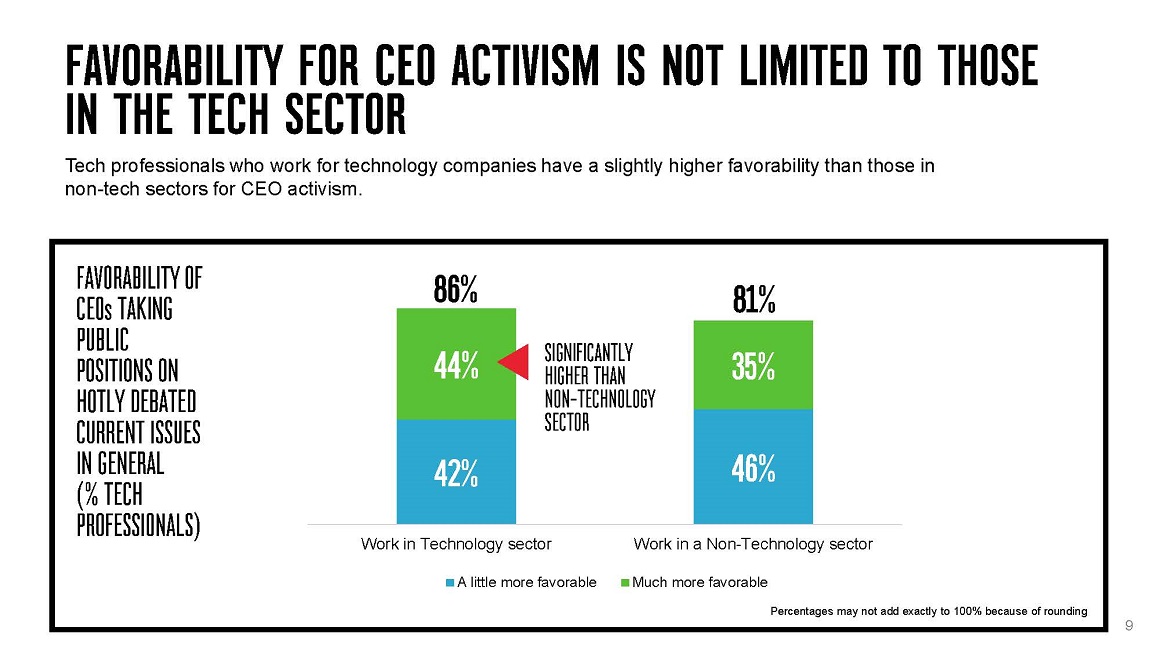 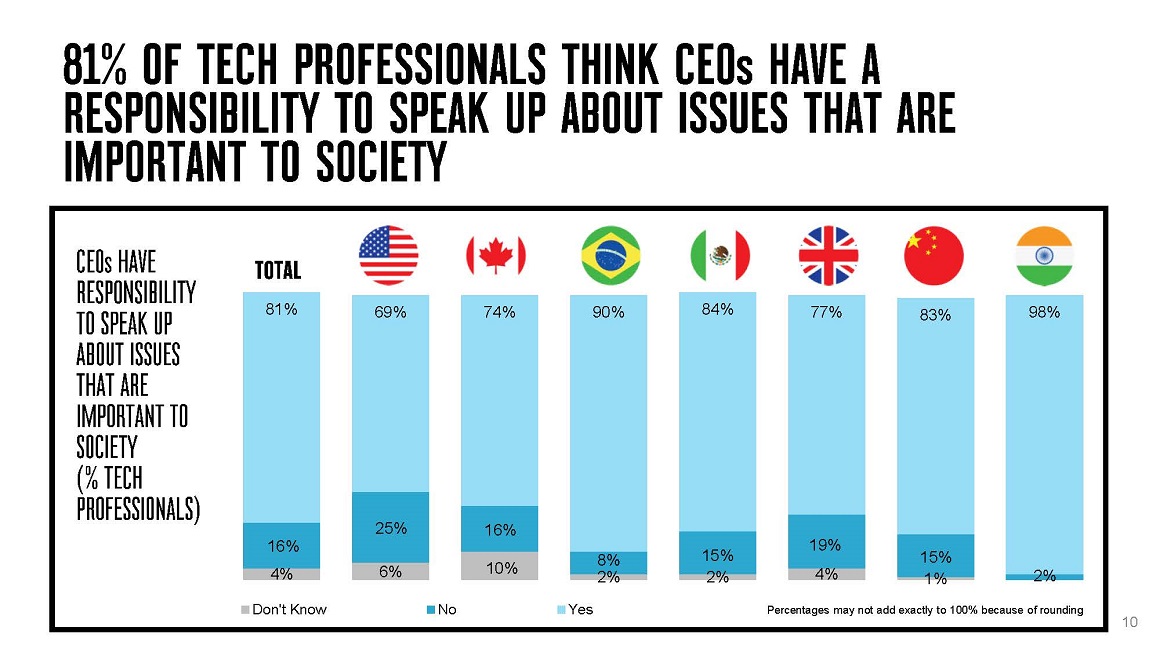 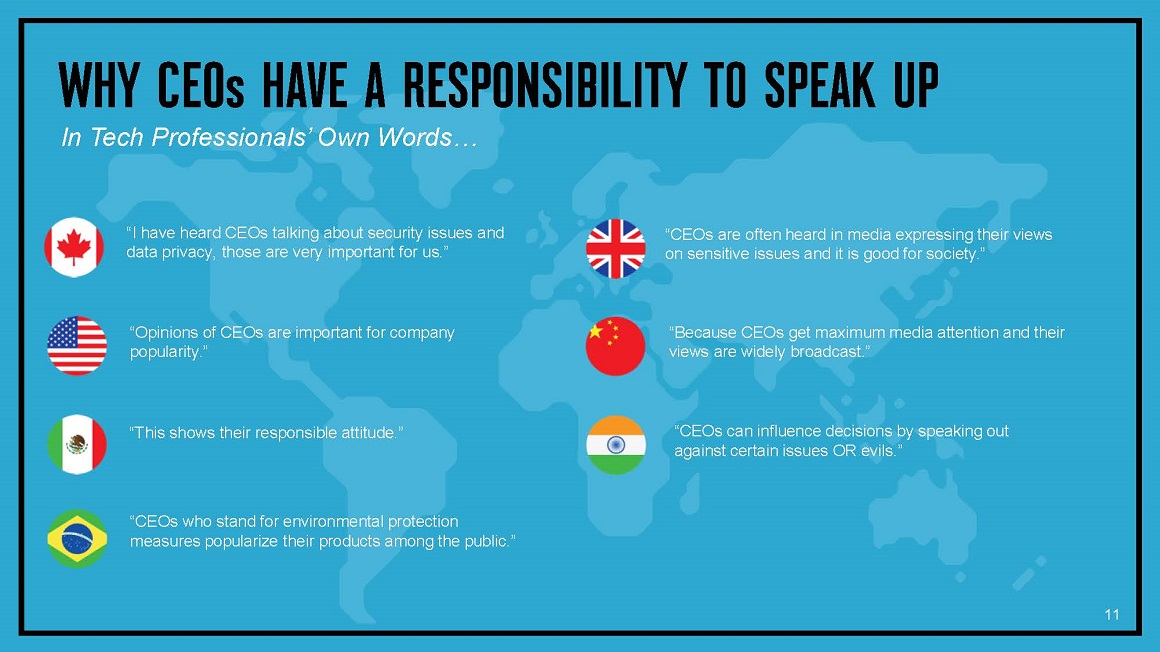 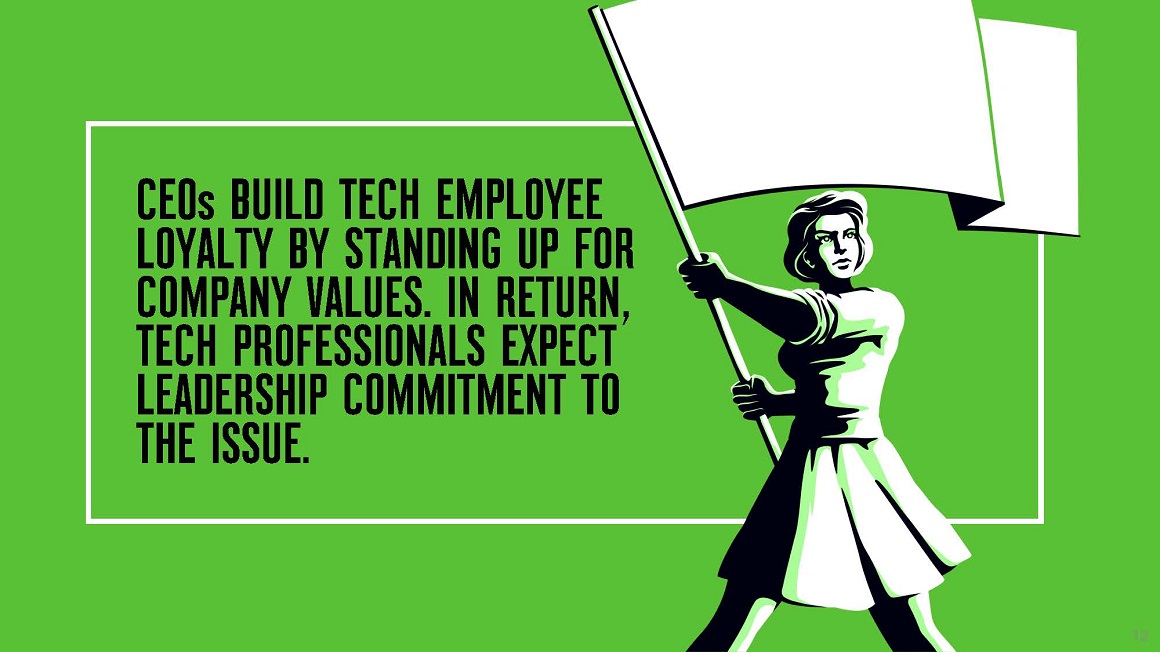 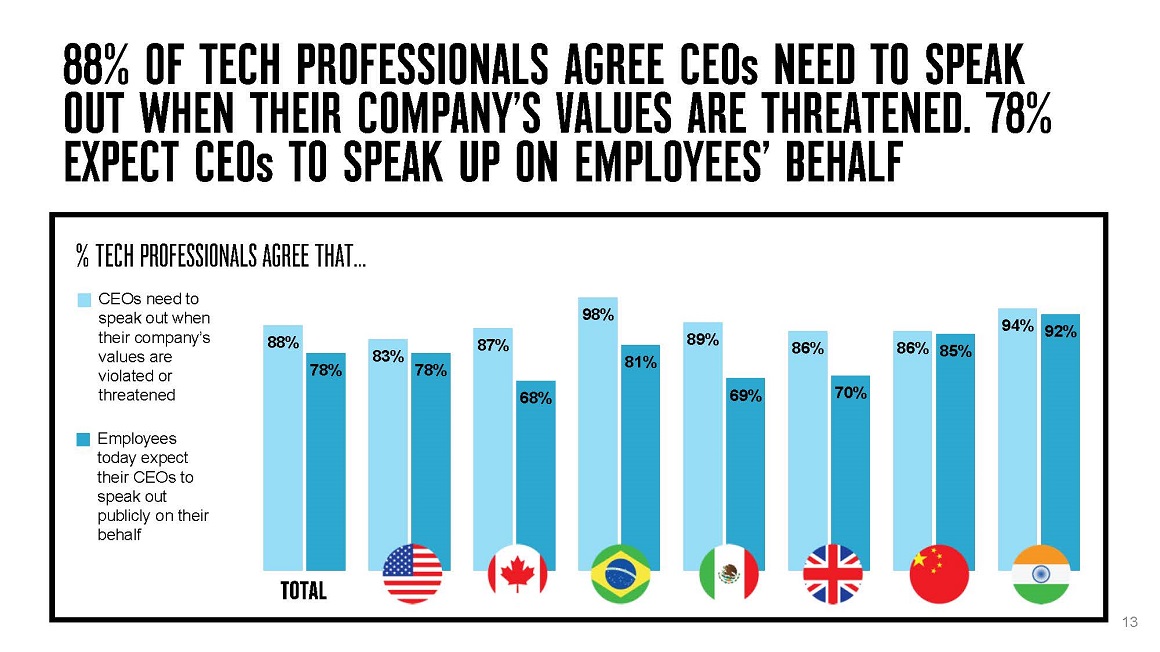 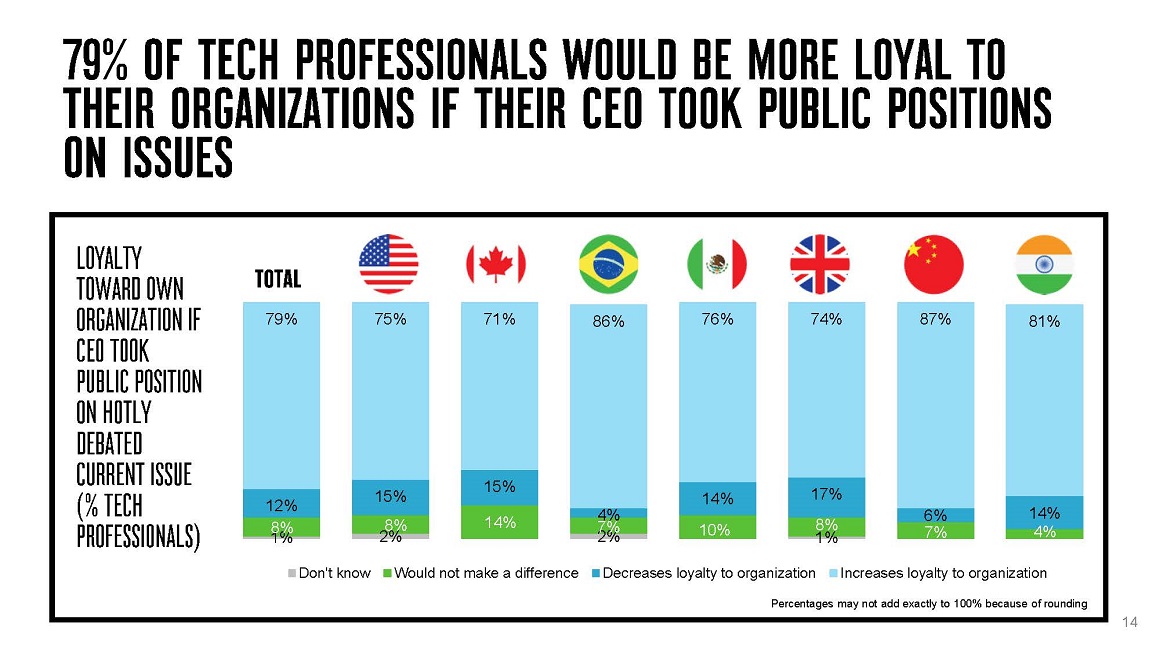 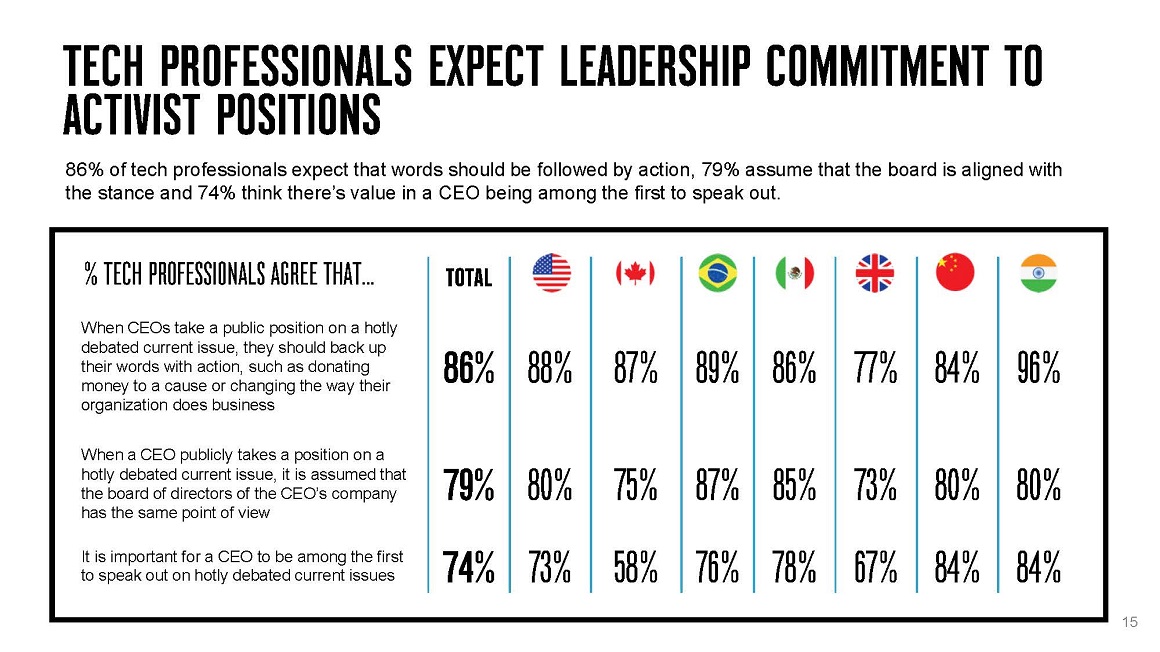 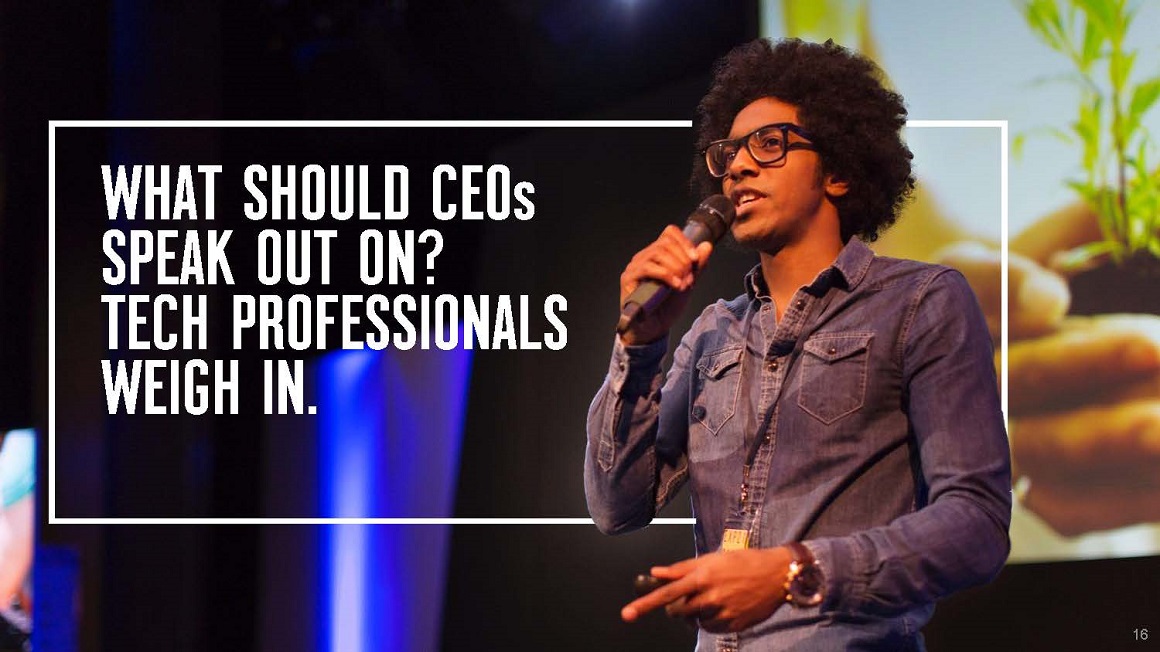 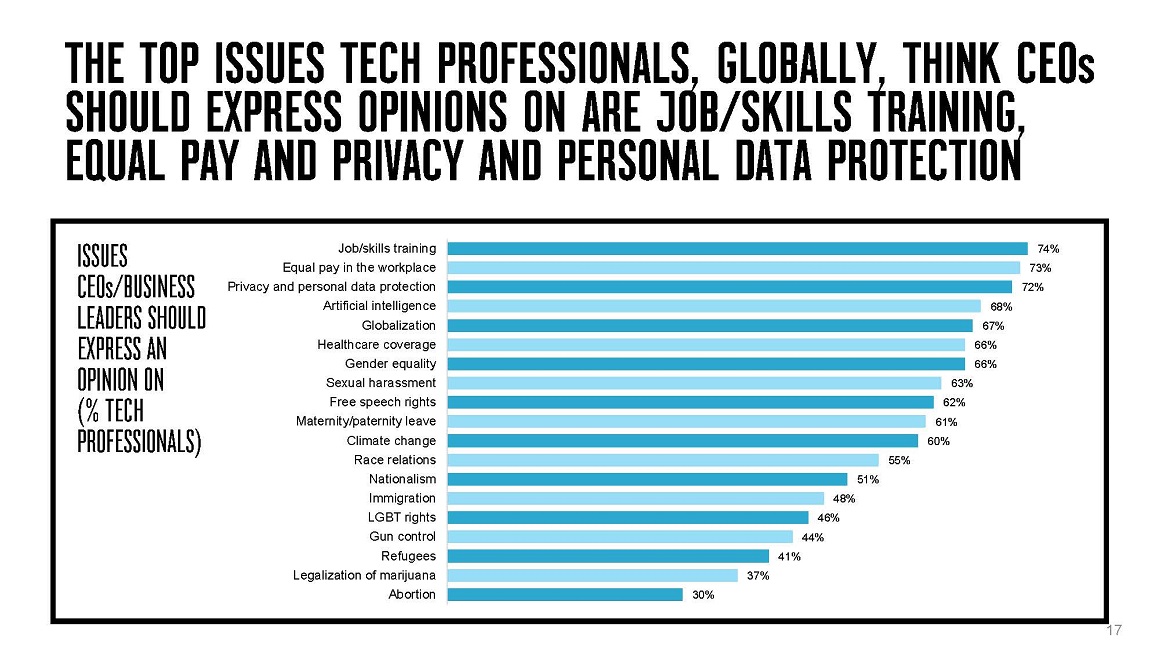 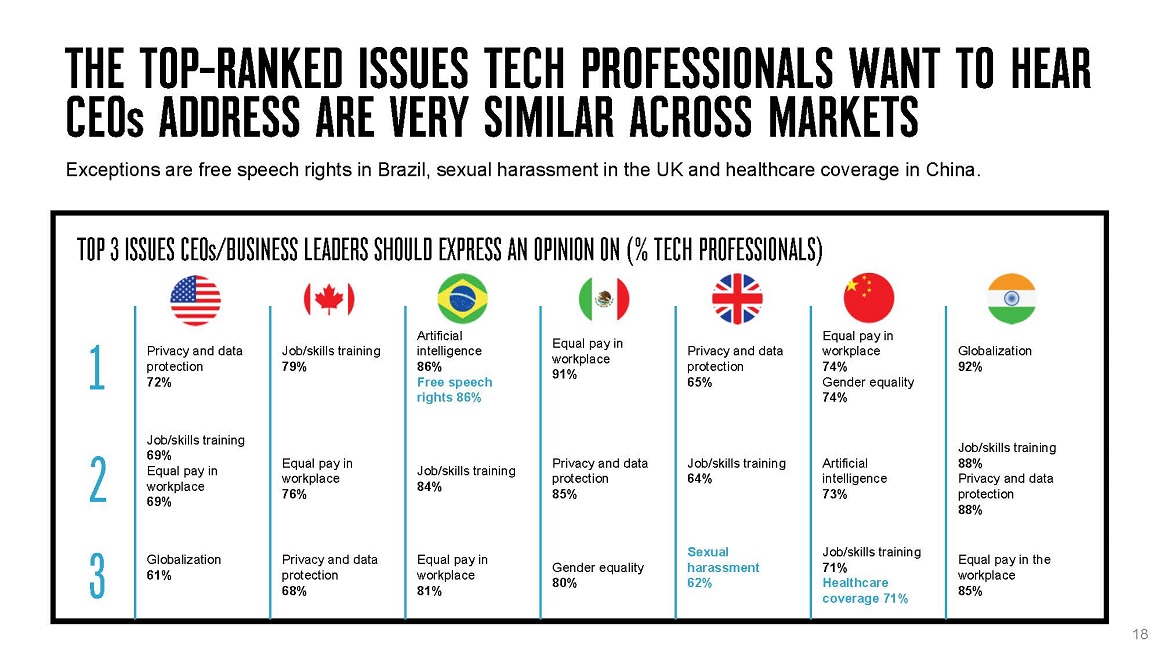 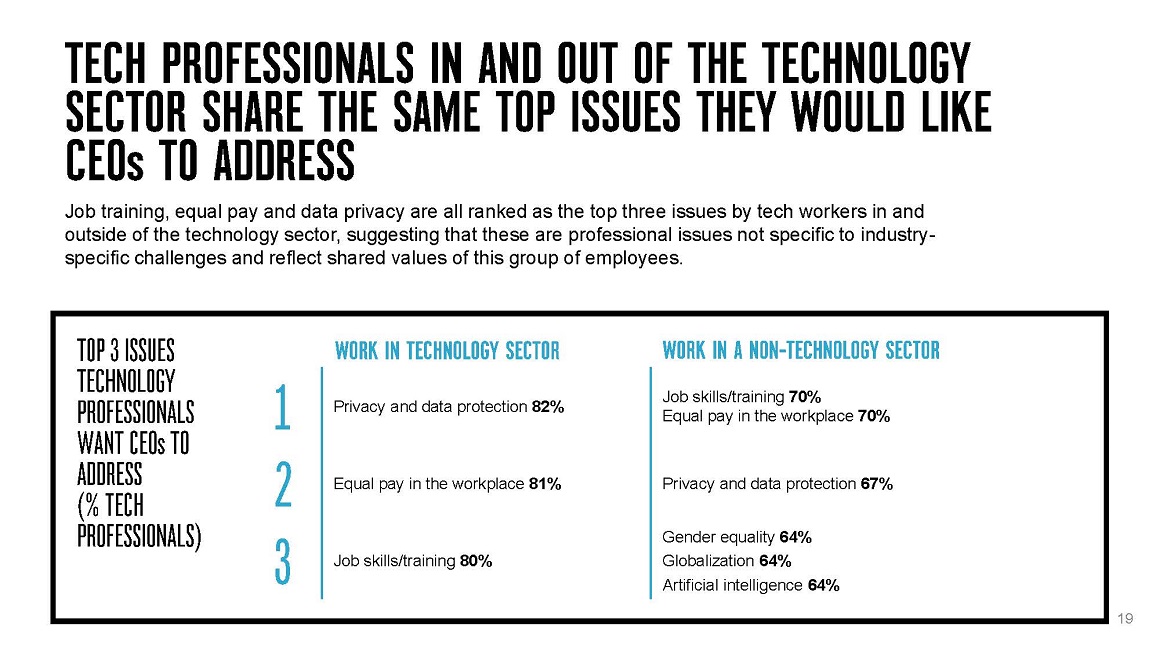 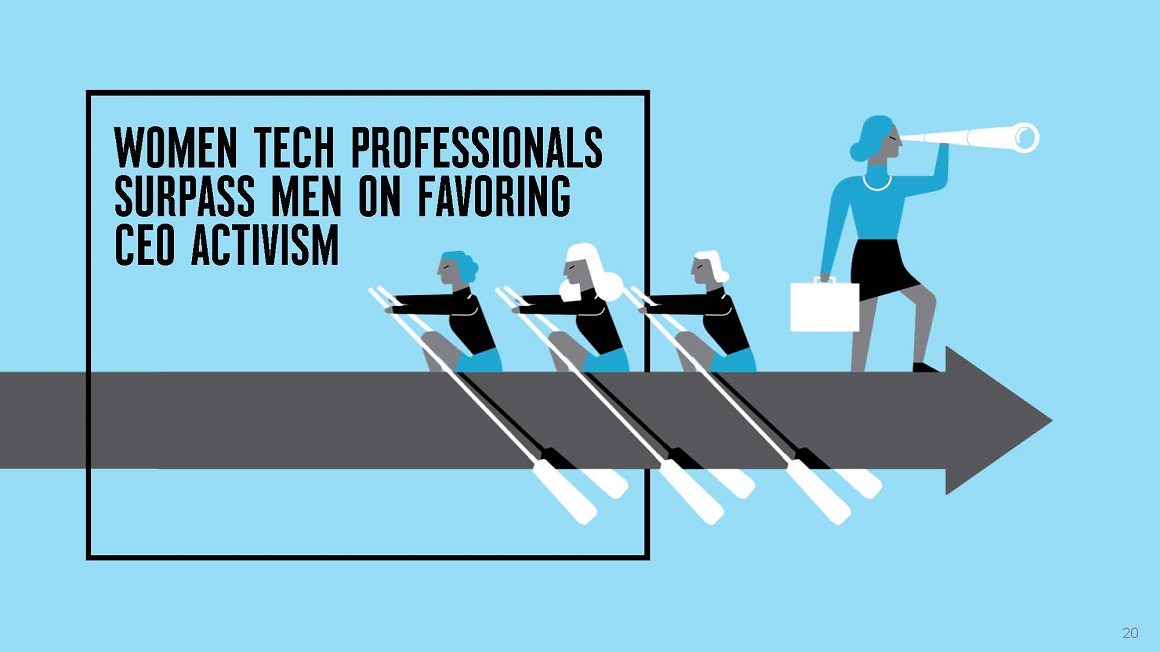 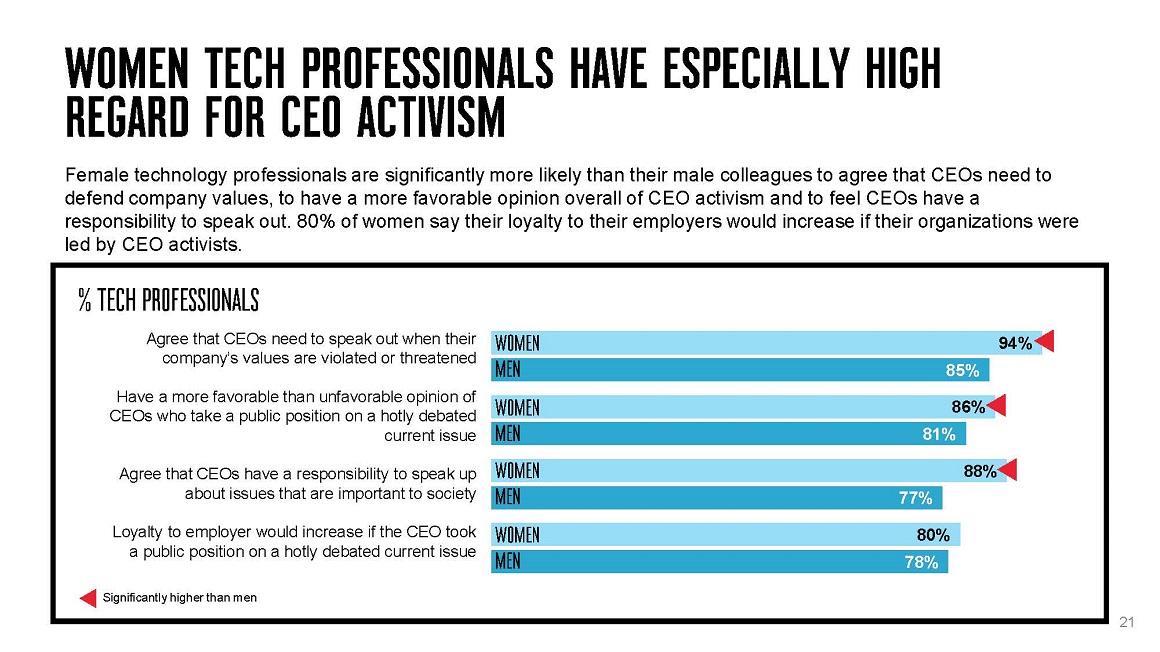 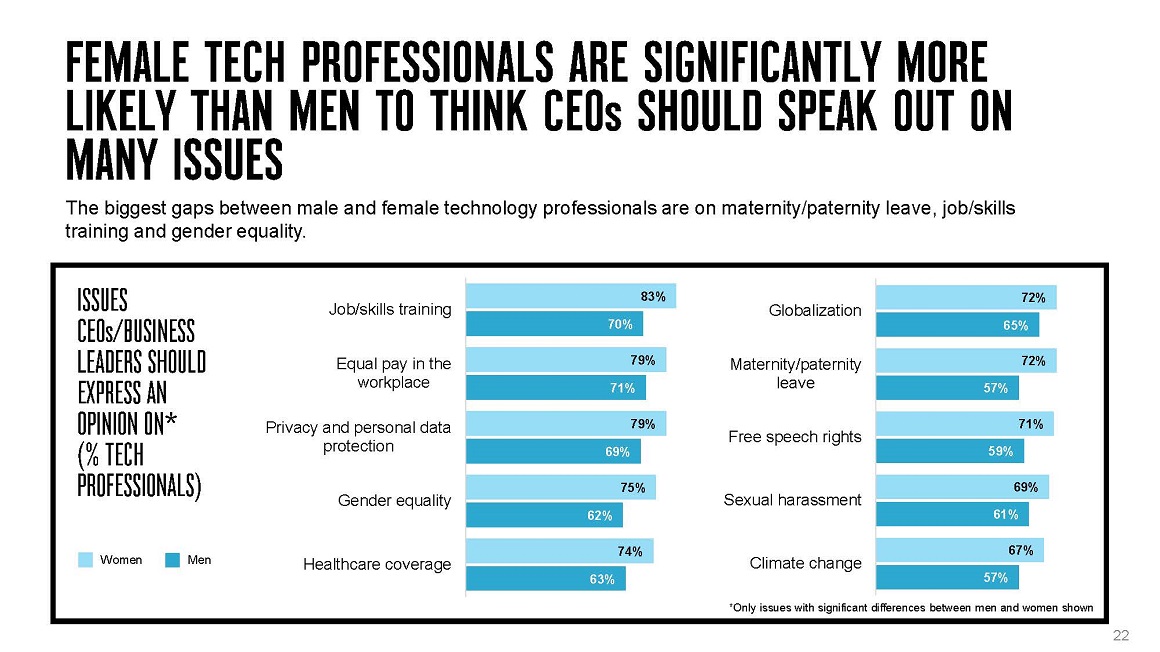 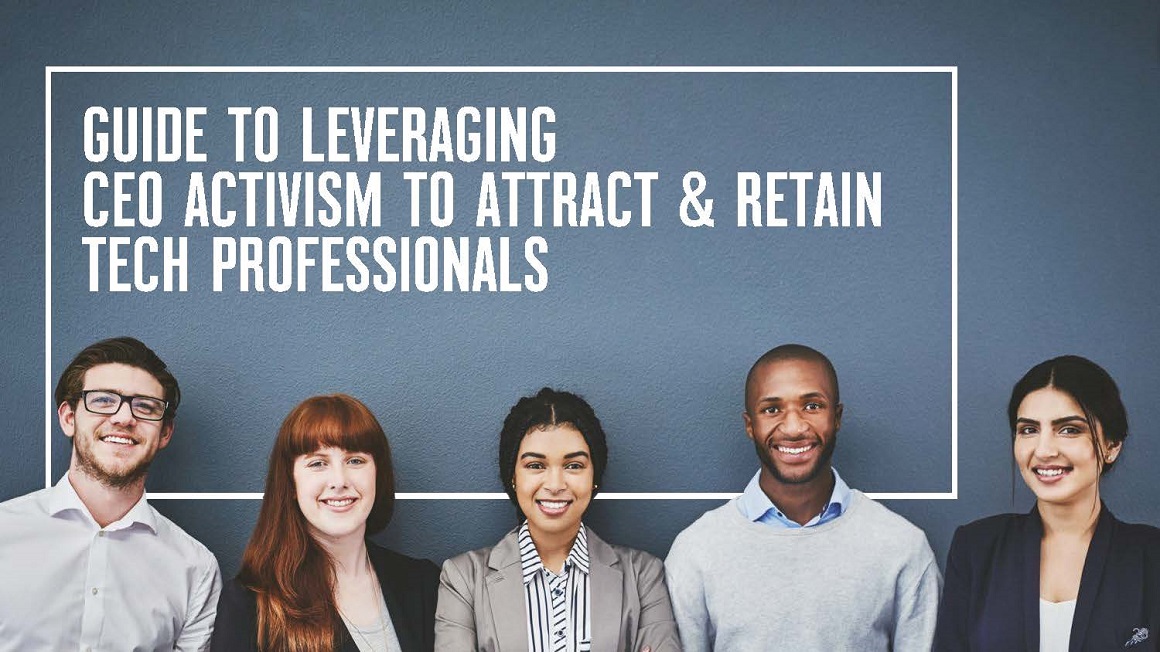 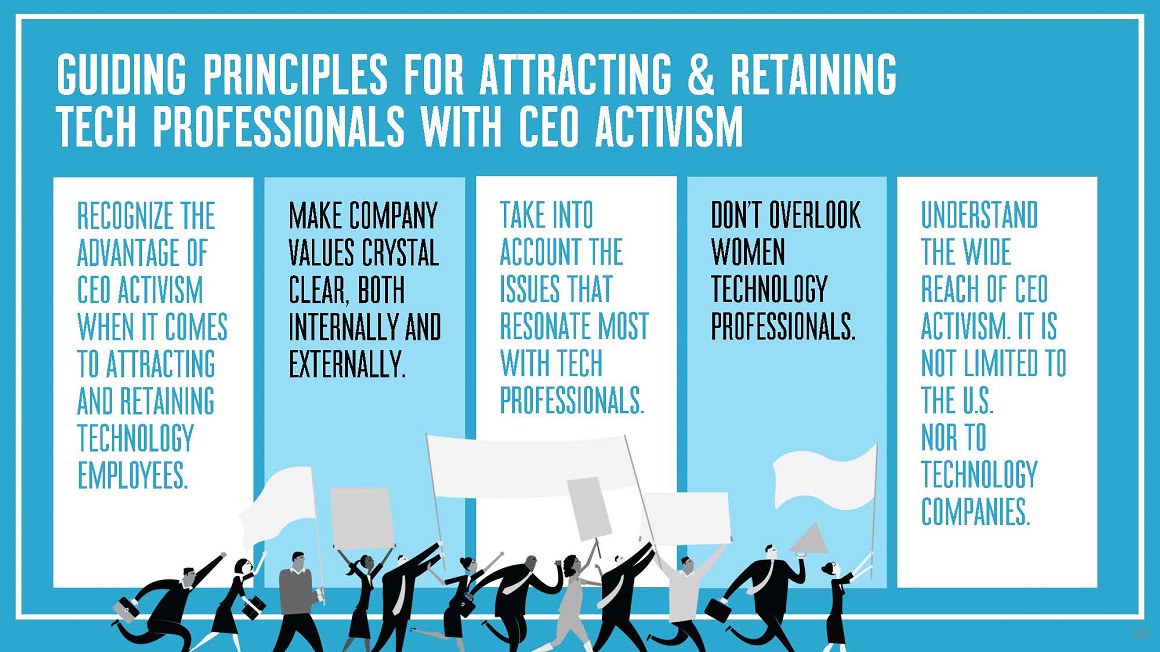