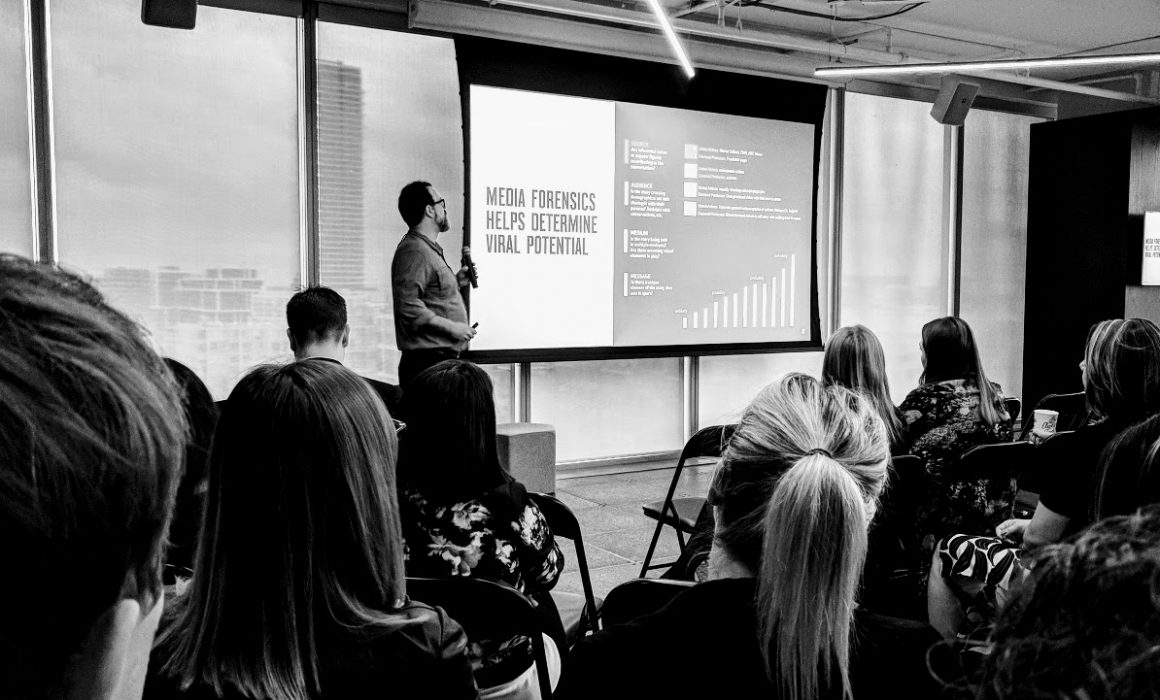 “It is getting easier and easier to fake video and audio with basic equipment. As we start seeing this more, I believe that instead of audiences actually believing it, they just won’t believe any of what they see.”

This is a quote from Vivian Schiller, former CEO and President of National Public Radio and former General Manager of NYTimes.com, during Real Talk About Fake News, a panel discussion hosted by Weber Shandwick in our Toronto office on September 26. The lively panel, focused on the disinformation landscape and what companies and brands need to know to protect themselves, also included David Krejci, Weber Shandwick’s media forensics expert, and Doug Saunders, international affairs columnist at the Globe and Mail.

Schiller’s words stuck with me long after the discussion. As communications professionals in today’s world, we need to go beyond just counselling clients on communicating effectively to also helping them counteract the numbness and disbelief associated with today’s news cycle.

It became clear that the fake news war is real, and it’s happening on two fronts: first, there is a fabrication or distortion of content, and second, there is a de-legitimization of facts.

In the first factor, the role social media is critical. Research shows that more people are consuming news on social platforms—so much so, that more people aged 18-24 say they prefer social media to TV as their main source of news. The challenge with this is that on social media, content and information is given equal weight regardless of the source. As Schiller stated during the panel discussion, when people see news through their social media feed, it is often without context. As a result, people don’t even recognize the source of the news content. Schiller’s research found approximately two-thirds of today’s news consumers can remember the platform on which they found a news story (Google, Facebook, etc.) but less than half can recall the name of the news brand itself. That is alarming!

When news stories are selected algorithmically on social platforms, filter bubbles are created, which is fertile ground for fake news. Couple this with shrinking newsrooms, these bubbles often go unchallenged and become widely accepted as real news. David Krejci further explained the acceptance of fake news on social channels being partially a result of human behaviour.

“As human beings, we respond when we see a whole group of people responding in a certain way. So, when we see mass people sharing information, our instincts are to believe it.”

This brings us to the second factor in the fake news war; the de-legitimization of facts. As Globe and Mail journalist Doug Saunders said during the panel, “when local news outlets closed, what we didn’t realize was that people weren’t also shifting to other news sources. They were often relying on the stuff that sisters-in-law or crazy uncles were sharing in their inboxes and on social.”

So, what advice did our experts have for today’s companies and brands?

According to Saunders simply saying ‘this is fake news and we can prove it’ isn’t enough. Instead, today’s companies and brands must employ solutions that are as complex and digitally focused as the problem itself. Armed with this knowledge, brands will be able to identify where, when and how they should react and to spot trouble before it’s too late. Today’s companies need to use employ media forensics, which provides better data, better analysis and provide a broader picture of socially relevant trends and conversations to be even more prepared in protecting their reputation against sophisticated and malicious adversaries.

Media forensics allows companies and brands to employ a different set of tools, so they can avoid this. Greg Power, Weber Shandwick Canada’s CEO and President who moderated the panel, agreed and stressed that best action companies can take is to be prepared, “it’s not what happened to you, but what’s going to happen to you. Brands have to prepare for the storm that’s on its way.”

Krejci acknowledged the complexity, quoting “founder of modern management” Peter Drucker, saying, “in times of turbulence, the biggest danger is to act with yesterday’s logic,” and that is especially true with fake news.