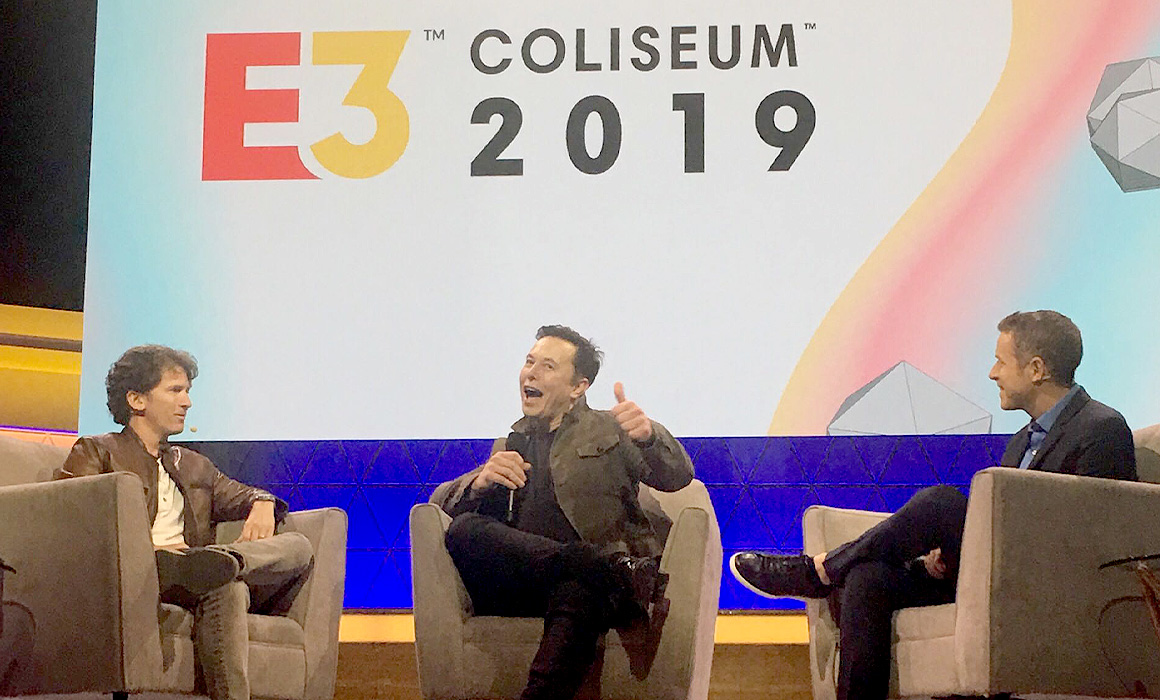 Of all the gifts I’ve received, there’s one that stands out. It was a little, royal blue cartridge containing an entire world and 151 monsters to catch. It was Pokémon Blue.

This game established my identity as a gamer. Before I started gaming, my 10-year-old self had interests, but not passions. Gaming calibrated my compass and taught me what it meant to be truly invested in something; an invaluable life lesson. Games present seemingly infinite possibilities. It’s exciting to have a role in the fate of a character. I enjoy an on-the-rail experience that guides a player through a meticulously-crafted story. But I gravitate towards open-world games; the feeling of immersion that comes from diving in and impacting a digital world is unparalleled in conventional forms of entertainment.

While my passions have grown since I was 10, I still try to play some kind of game once every day. I see passion as a muscle. It needs to be fueled and used to stay strong.

In 2018, I was lucky enough to be the recipient of Weber Shandwick Canada’s Nicola Moore Courageous Creativity Prize. The Nicola Moore award is a $2,500 investment in a career-changing experience for a junior staffer. The award was named after a talented employee who started her career with us and went on to become an industry leader with IPG sister agency Golin, but then left all us too soon in life. The award honours Nicola’s spirit, granting the winner the opportunity to go on an adventure and pursue their passions at a formative time in their career path.

I never had the opportunity to meet Nicola, but I’ve learned from those who knew her that she was the definition of a role model: a person who embodied passion and perseverance. After much reflection, I decided to follow my passion and attend E3, the world’s biggest gaming conference in Los Angeles. This trip gave me the chance to see what was at the leading edge of the industry and hear from the experts where they see things are going next.

The first thing I learned at E3 was just how big this community is. Games have been big business for years, but the extent to which games are impacting pop culture is reaching an unprecedented level. Since its release in 2017, Fortnite has reshaped the industry with massive player populations and subverted its digital world on a scale we’ve never seen.

Case in point, you can’t walk more than a few blocks without at least one person doing the floss dance.

Successful in-game locations like Weezer World and concerts hosted by popular DJs like Marshmello have proven that brand integrations aren’t just possible, they are thriving. With the model more than proven, we can expect to continue seeing Epic Games, the studio responsible for Fortnite, and its competitors continue to focus on building their online communities.

Going Beyond the Console

The second major takeaway was the push to expand in global markets. Many major studios, including Microsoft and Take Two, have noted their ambitions to improve their footprints around the world. While Stadia, a cloud game platform from Google, wasn’t present at E3, it was talked about or mentioned in almost every panel I attended. Unlike the traditional console model that would require the purchase of hardware, Stadia will only require a streaming stick, controller and internet connection. This would be a game changer, particularly in areas where consoles are prohibitively expensive.

The technology is great in theory, but the talk among industry experts is somewhat skeptical. The crux of Stadia will be a stable and high-speed internet connection which isn’t accessible to everyone, especially in developing regions. The main source of optimism is that making gaming more accessible through technologies like Stadia improves the capacity to tell more diverse and inclusive stories for a global audience.

The Art of Game Development

Finally, E3 showed me that the people who make games are filled with an overwhelming passion for their craft. While watching a number of panels over my three days at E3 it felt like development teams needed to defend their art to people outside of their core audience. One of the most highly anticipated games of 2020 is Cyberpunk 2077 from CD PROJECKT RED. During a panel with the company’s co-founder and joint CEO Marcin Iwiński, he made it clear that the company was about more than profit or turning out games on tight timelines: “We are not a games factory. We treat games as an art and we want to push the bar higher with every single game we make.”

Like any work of art, creating a game involves countless hours of dedication before the final product is delivered. One of the top-selling games of 2018, Red Dead Redemption 2, took nearly eight years (!) to develop with a team of nearly 1,000 people. Their process for delivering an impactful experience to the audience deserves as much praise as the latest Oscar winner or masterpiece in the MET.

I could go on about all the incredible things I saw, experiences had, and insightful panels attended. But reflecting back on my experience at E3, I’m nostalgic for all the traits I’ve picked up while gaming. I believe that searching along every hidden path and in every corner of the map helped me become a more dedicated person, ensuring every task is completed. Raising my Pokémon to be as strong as possible helped me learn patience and kindness. Replaying a challenging boss multiple times instilled a sense of perseverance. And taking on challenges with friends made me a team player before I played sports.

Too often in my life, I’ve heard people say gaming is a waste of time. I’ve made a point of choosing not to listen. As gaming continues to become the most popular form of entertainment, and opening new opportunities, I can’t help but look back.

I know I made the right decision to power up that little blue cartridge.